'
You are here: Home / Social Media / Facebook Reactions: Should You Care?

As you’ve probably noticed, a few months ago, Facebook made a change. Facebook reactions were born. Instead of having only a thumbs up to express yourself when you ‘like’ a post, you now have a range of different reactions. In pondering the world of social media marketing, should you care? Are people using these new buttons? And if they are, does it mean you have to pay more attention to how you interact with customers on Facebook?

Since gladiators fought in the Colosseum, a thumbs up (or thumbs down – which Facebook pointedly has not given us) has been used to show if you approve or disapprove of something. With the new Facebook reaction buttons, you now have six choices:

These 6 different buttons give users a greater degree of flexibility when reacting to your content, but the last two are the most interesting.

As I was researching the reaction to Facebook reaction buttons, there wasn’t much feedback. So what’s the result of adding negative reactions? Not much. The initial conclusion was that brands need to be more careful about what is shared on Facebook, as consumers would now have a way to more easily express negative feedback other than making a comment. The effort level required to write a comment may have protected some brands in the past. Now hitting the ‘angry’ or ‘sad’ button makes monitoring social media sentiment a bit more tricky.

While the reaction buttons haven’t been around for that long, adoption rates may improve over time. For now, the results are hardly earth shattering.

Taking a look at one of the less popular brands on the internet, Comcast, there aren’t a significant number of Angry, or Sad responses (although there are some, they are still outweighed by Likes). Looking at Nike, another Brand that’s Facebook page is covered with negative comments and complaints, you see the same, Likes, Wows and Loves, but not many Sad or Angry emoticons.

It’s not yet time to cast a full judgment on these social sentiment options. In the three months since the Facebook reaction buttons launched, not much has really changed. When a company gets negative responses on Facebook, they still seem to be comment based, rather than Angry or Sad reactions.

Have you seen any differences in Facebook interactions since the new buttons were rolled out? 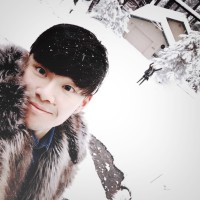 Yuan is dedicated to making the world a better place, one marketing campaign at a time. A San Francisco State University MBA graduate, he specializes in social media, PPC, and SEO. When he’s not working, he’s either exploring nature or spending time with his cat, Doughnut.

What the Google Farmer Update Means to Your Business

Founded by Massimo Paolini and Alyson Harrold in 2011

Digital Marketing never stands still. Keep up with the latest online marketing trends, sign up for our monthly newsletter. We promise no SPAM and no sales pitches.