Google and Bing launched Expanded Text ads a few months ago now. So what have we learned in the first few months about the longer form ads? Is it a revolution for online copywriting or just more space but the same thing?

Google increased the total amount of characters from 95 to 140. Meaning that you have 50% more characters. The idea being that the extra character limit will give advertisers more space to explain what they’re doing, which in turn will give the searcher a chance to make a more informed decision before they click. Here’s a summary of what the CEO of Optmyzr, Frederick Vallaeys, has found so far.

First, not all companies translated their short form ads into the expanded ad texts. So any data we do see has to consider that there hasn’t been a 100% transition (and presumably will not be until Google turn off the older ad styles). Another factor to keep in mind is that the short form ads from many accounts have been developed over months, even years, whereas even the best performing ETA ads are only a couple of months old. So whatever conclusions we can draw on, ETAs are likely to change as advertisers get more time to A/B test and optimize.

Rome Wasn’t Built in a Day, But So Far So Good

However, all caveats aside, initial performance comparing average CTR between the short ads and ETAs is positive. The median CTR for ETAs so far is 28% higher, showing clearly how the larger ads are working. Another interesting comparison is the effectiveness of Dynamic Keyword Insertion (DKI). In the past, DKIs worked well in the title section of ads and positively affected CTR. However, with the ETAs, it seems that DKIs have a 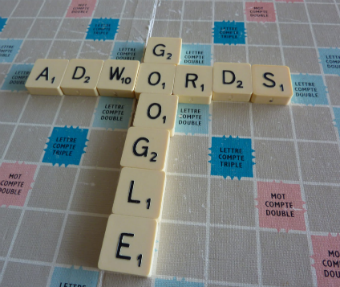 much lesser effect, even in some cases performing worse. The simple conclusion to jump to here is that a good Expanded Text Ad negates the benefit a DKI gives you. So before the DKI would help you ‘read the mind’ of a searcher, but a properly written ETA means you don’t need to.

Another new option is the ability to display two different URL paths, something which previously was limited to one. The initial results show that the two different 15 character URL paths might be unnecessary with the best CTR coming from ads with only one. An issue we noticed is that the inflexibility with the lengths of the two paths can make it difficult to properly utilize both. If for example it was changed to 30 shared characters, over two paths, things might be easier.

Regarding ad text, it seems size certainly does matter. Longer ad texts perform better than shorter copy. So it really does pay to try and hit the character limit, with a 0.45% bump from ones that only use 60 characters. However, when you look at ad headlines there are two peaks: one between 31 and 40 characters, and another between 51 and 60.

In general, it seems that the larger ETA ads are performing as Google has hoped. Longer ads perform better and add more context for searchers. This is shown by the higher CTR from long ad texts and the decrease in importance from dynamic keyword insertion.

Have you started using ETAs yet? What have you seen so far?